Berwick at a Glance

Berwick is a school community where it is cool to be smart, cool to be yourself, and cool to try.
Berwick is as exciting as it is challenging and as playful as it is hard working; a place where discovery is applauded and students are more than classmates–they're friends. Walk across the campus and you'll instantly feel it–this is more than a school. It is the convergence of three divisions, each with its own personality, together forming a community that is uniquely Berwick.
Since its inception in 1791, Berwick has educated students through a purposeful blend of academics, arts, and athletics. The curriculum is traditional in its roots yet innovative in its approach, fostering self-discipline, hard work, and healthy skill sets. Students here are encouraged to take risks, find their voice, and tap into the energy of campus life and community activities.

Berwick Academy, founded in 1791, is dedicated to promoting virtue and useful knowledge among the rising generations. 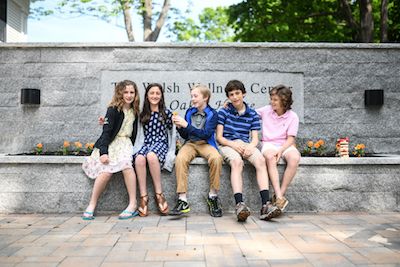 The history of Berwick Academy dates back to 1791, when the citizens of Berwick, York, Kittery, Rollinsford, Portsmouth, and Wells raised 500 pounds to educate the local youth.

Incorporated by the Massachusetts Legislature and with a charter signed by Governor John Hancock for the purpose of "promoting true piety and virtue and useful knowledge among the rising generation," Berwick Academy was established to teach languages, liberal arts, and sciences.
When Maine became a state in 1820, Berwick Academy was the equivalent of a comprehensive high school and, until the 1950s, the town of South Berwick contracted with the School to educate local students. However, by 1955, the Board of Trustees reverted to a completely private status with an exclusive college preparatory program in accordance with the intent of the School's founders.
Berwick became a boarding school for boys, with a day department for girls, and continued to expand its facility by acquiring land for playing fields and tennis courts, as well as nine homes for dormitories and faculty housing. A new gymnasium and The Commons, housing a dining hall and science laboratories, were completed by the mid-1960s. Berwick experienced tremendous changes during the 1970s–adding the Middle School in 1971 and discontinuing the boarding program in 1976. With the addition of the Lower School in 1977, the transformation to a true country day school was complete.
Berwick continued to expand its facility with the dedications of the Whipple Arts Center in 1985, the Kendall Lower School in 1988, the Clement Middle School in 1994, the Athletic Center in 1997, the Jeppesen Science Center in 1999, the Jackson Library in 2002, the Walsh Wellness Center at Oakes House in 2015, and the Inspiration Commons in the Jackson Library in 2016.
The distinguished history of Berwick Academy, and the long list of students who have emerged successful from our program, will always remain the solid foundation upon which our school is founded.

The Berwick Academy Archives contains over 3,000 historical items. It is located on the second floor of the Jackson Library. Please contact the archives manager at archives@berwickacademy.org or 207.384.2164 x 2700 for more information or to make an appointment.

Contact:
Admission | 207.384.6300
Main Office | 207.384.2164
Berwick Academy, situated on an 80-acre campus just over one hour north of Boston, serves 600 students, Pre-Kindergarten through Grade 12, from Massachusetts, New Hampshire, and Maine. Deeply committed to its mission of promoting virtue and useful knowledge, Berwick Academy empowers students to be creative and bold. Berwick strives to graduate alumni who shape their own learning, take risks, ask thoughtful questions, and come to understand and celebrate their authentic selves.

Find Your Path to Berwick Academy